On Wednesday, December 1st, I had the pleasure of sharing the stage with MC Justin Zullo (AKA Conundrum), Kimbridge Balancier (AKA sPeakLove), and Diana Cervera. I DJ'ed (from the command line!) for Conundrum for the first half, and played a solo set for the second. Due to a few technical problems, I was unable to record the set with Conundrum, but I was able to reconstruct the solo set. I've decided to release this set online as an EP, in a manner similar to "gosling_glider_gun." 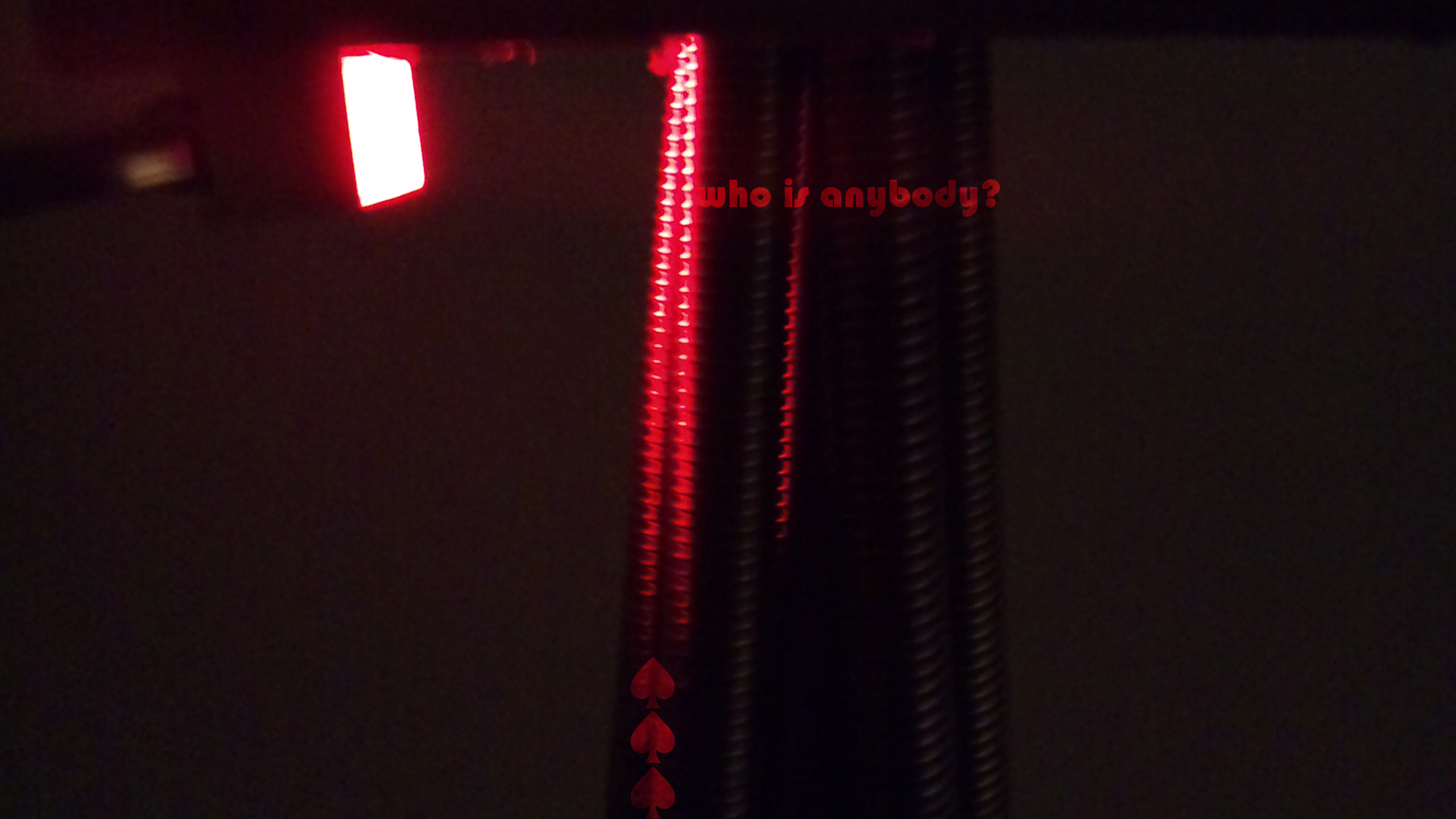 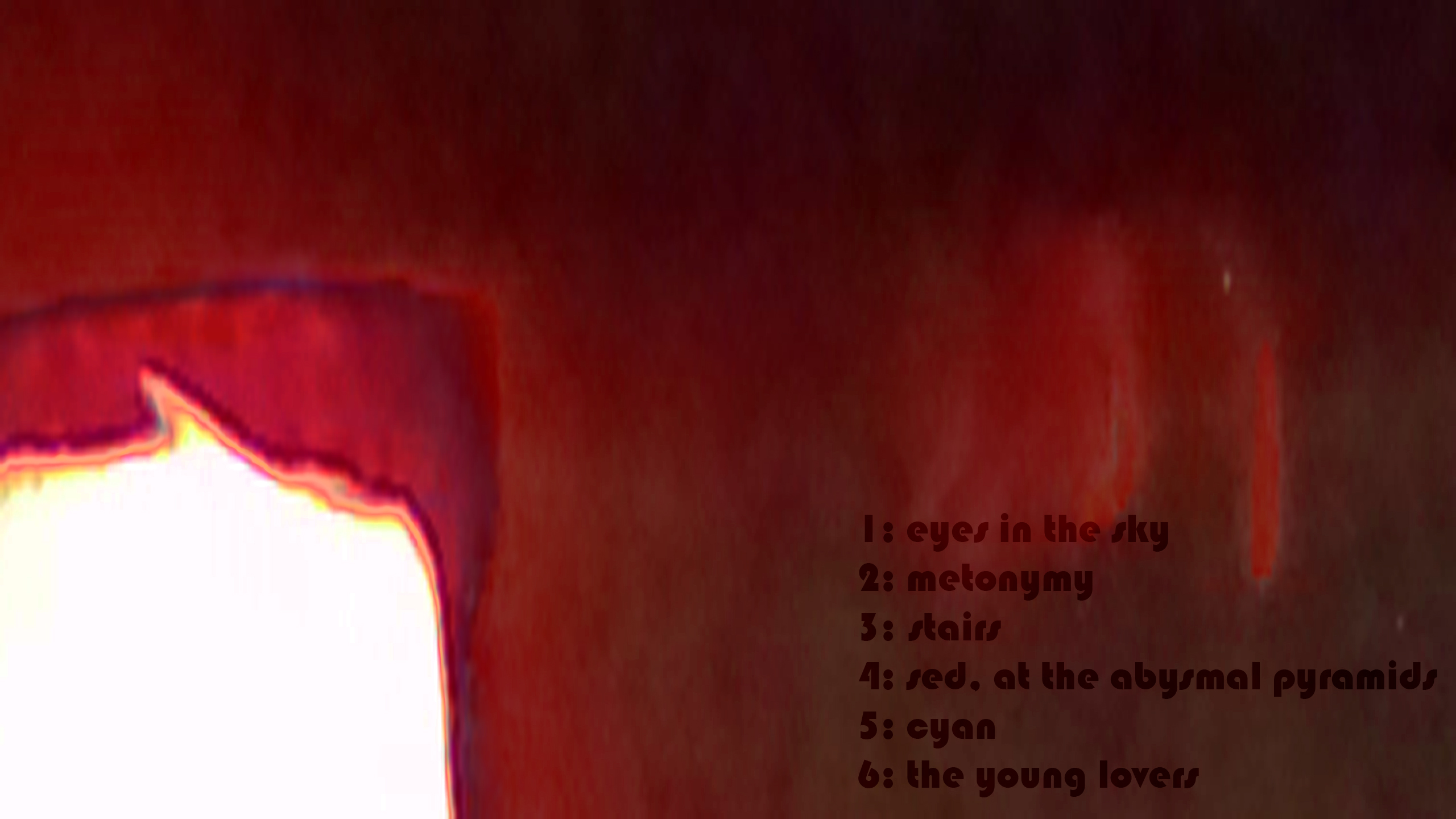 The sound material for "eyes in the sky" was conceived on a Doepfer a-100 modular synth system. The first minute or so is a sonification of a flocking algorithm developed by Craig Reynolds, commonly referred to as 'boids' in the computer graphics world. I apply various convolutions and granulations to the source material, but most of the sounds are bare analog synth.

"Metonymy" is a remix of "antonym," though it's difficult to hear a resemblance. It is a 1D cellular automaton which uses rule 150, which produces repeating Serpinski Triangles. I used this ruleset for "refuge," the first track on gosling, however since the initial conditions, number of cells, and sonification method are totally different, it's not possible to hear any similarities to that piece, either. There are 29 cells in this system, which directly correspond to a rhythmic lattice. The meter is divided into 29 beats spanning across an underlying and very slow 4 beat pulse. Every two measures of that pulse corresponds to a different generation of the automaton, and thus a different rhythmic pattern.

Through a process of biorthogonal wavelet filtering, the last bar of "metonymy" melts into "stairs." This short piece demonstrates a Risset rhythm, which is analogous to a Shepard tone, but instead of continuously increasing or decreasing frequency, it involves tempo. Like the shepard tone, this is achieved with careful layering of patterns which are octaves apart. Thank you to Dan Stowell for providing a starting point for the code I used for this. This rhythmic material is convolved with samples of insects and birds I recorded near the Three Sisters in the Blue Mountains, Australia.

"Sed, at the abysmal pyramids" is a remastered track from Codecs. I liked it just the way it was, and saw no reason to add anything else to it. I cleaned it up a bit, and injected it with some more dynamics. The metric cycles are 2 groups of 8, 2 groups of 7, 3 groups of 8, 3 groups of 7. The tempo is fluid and varies wildly. Everything that isn't the drums or microtonal bassline is the result of spectral grains triggered by a constant-q transform. The most prominent grains are derived from a recording of a spring being plucked.

"Cyan" is a remix of "Dayglo," hopefully baring just enough resemblance to the original that its lovely squishiness was preserved. While "Dayglo" was based on Lindenmayer's original "algae," I used a different l-system to reorder and granulate the phrases from "Dayglo," turning them into microtonal chords. This l-system can be used to produce cantor dust in a turtle graphics context. "Cyan" preserves the torchy, epic sound of "Dayglo," but it sounds much less emotionally well-adjusted.

"The young lovers" is my final cut of the chase scene from a horror film I scored called "Lenore." Asli Soncely directed it. You may watch the film here, but be advised that the chase scene no longer has this as its score.

One thought on “who is anybody?”