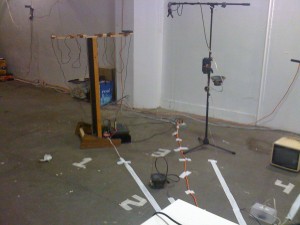 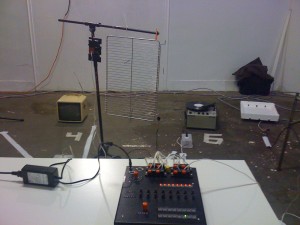 the crudspades ginormous thing went up at bent last week! i had to restrain myself from putting documentation online too early, because i didn't want to spoil any surprises. steve litt and i had a great time working on this project, and i look forward to working with him in the future... we have been talking about recording an album of crudbox music. i'll post updates here, of course.

here is a link to the concept art and proposal. the installation consisted of a small ensemble of self-amplified trash sculptures, with steve's crudbox as the conductor. we ended up making 6 pieces and finding 2 prefab appliances. they were:

Some video, taken in my kitchen just before we installed in dumbo, may be seen here.

One thought on “crudspades ginormous thing at bent 2010!”