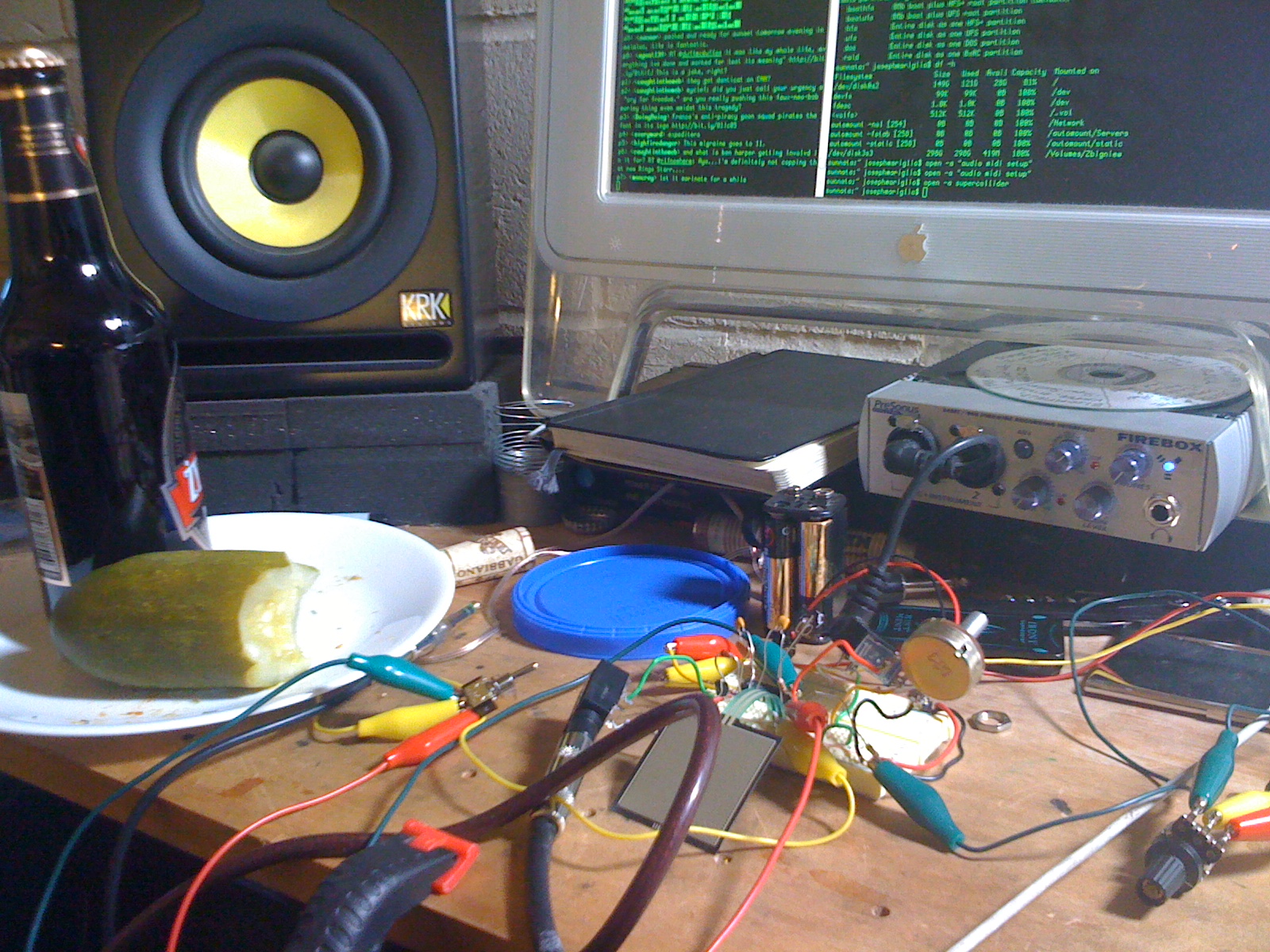 click here to listen to the wav file (or play above).

this is a prototype i've been passively tweaking on for a while. i think it's near the point where i'd like it to be. all that remains is a true bypass switch. it's a fairly simple circuit that uses an fsr as an expression surface. there is a switch that engages this function, and it happens after the fuzz. the fuzz is generated with a variant of craig anderton's circuit, with an npn transistor's collector and base bridging the input and output of the feedback bus, respectively. in parallel to this, there is a silicon diode with its ground side facing the output of the feedback bus. schematics will follow once the design is completely set.

the transistor gives a warm, rich fuzz tone and the silicon diode adds plenty of harmonics. the expression pad is engaged such that pressing on it brings the amplitude up. this made the most sense for performance.

the recording was made from two tracks of a fender strat playing through the pedal, one note per track. the rhythms are the result of tapping the expression pad. i expect this to be really cool with my electric piano...