Last Saturday night, Sean Leah Bowden, Thalia McCann & I made a performative installation involving an amplified tree shrine inhabited by insane bird creatures. Leah and Thalia did incredible work on the costumes and shrine. I offered as much help as I could with the shrine, and provided the following tape piece constructed from granulated field recordings of starlings. It played out of a small guitar amp at the base of the tree and an even smaller hidden speaker in the branches.

Sadly, right before people arrived (they were early and we were still teching!), my laptop fell and shut off, so the 50' contact mic intended for amplifying and granulating the sounds of Leah and I pounding on the branches was useless this time. We did just fine without it, though. Leah was equipped with percussion instruments hanging from the branches, and a small lav mic and amp attached to her costume. We were both shouting and making crazy bird noises. I built an analog synth called Tiagaraja, who now looks like this: 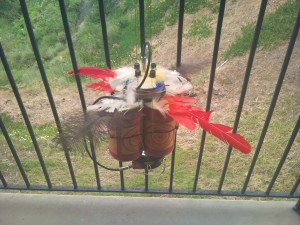 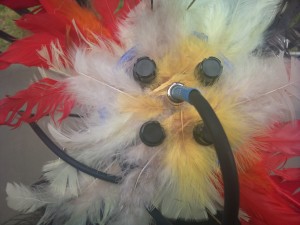 To hear how he sounds, go to this post.

Here are some photos from the event: 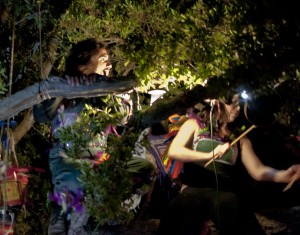 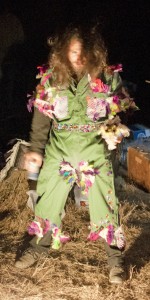 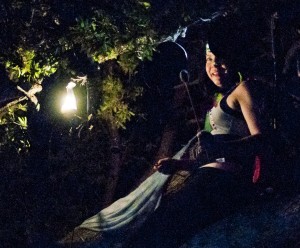