I developed the following paradigm for writing code on a network of arbitrary size, allowing me to stay in one authoring environment while communicating to several machines and receiving posts as though they were local. When set up with a terminal multiplexer like gnu 'screen', it allows for a scalable solution to writing distributed code clearly and effectively. To set up the system, on each compute node I run screen, and within the screen session I run emacs in sclang mode. I then add a responder that allows remote interpreting and postback, and a function that flushes the post buffer for regular updates. Then I detach from the screen session and close the ssh tunnel. From here on in, as long as nothing traumatic happens to those remote machines, I have remote interpreter access and posting using OSC packets, and total decoupling between my representation of those language processes and the processes themselves. Here's a screenshot: 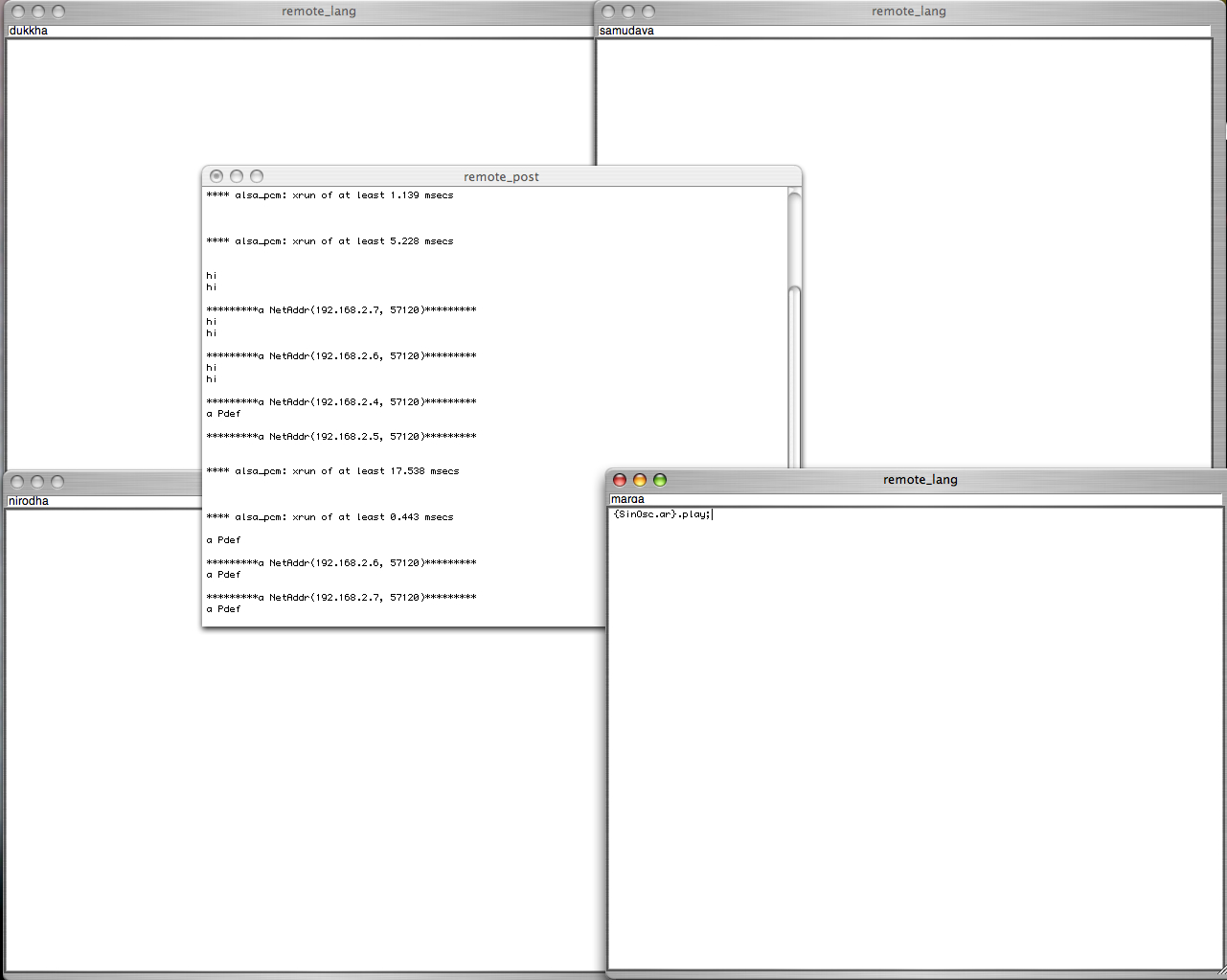